No need to wait till pay day: How this S’pore fintech firm lets employees ‘GetPaid’ early 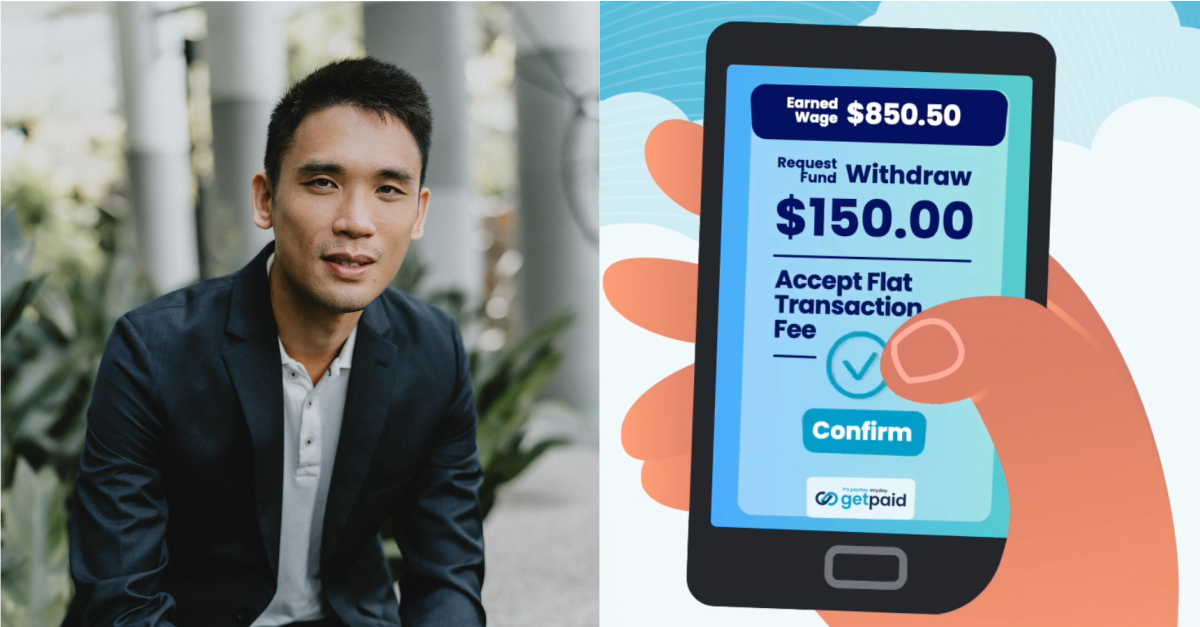 The idea of our salary is simple: you receive a sum of money at the end of the month to commensurate the work you’ve done. It’s a framework that has worked well for everyone for the longest time but this model is not as flawless as it seems.

In a bid to change the way we get paid, Mitchell Goh built an app called GetPaid to introduce the idea of earned wage access in Singapore.

Essentially, it allows employees to access their pay ahead of payday should they need it.

While this scheme is still new in Singapore, the concept of earned wage access is steadily gaining traction in Southeast Asia (SEA) and is already quite prevalent in the United States (US) and the United Kingdom (UK).

The impetus to create GetPaid stemmed from Mitchell’s past experience as a social worker for a decade and the existing gaps in the wage model.

While most of us are fine with getting paid at the end of the month, that’s not always the case for some people.

When these people urgently need cash for the month, they would usually turn to their family and friends for help. There are also some who would seek the services of a moneylender, or get an advance from their employer.

“All of [these] are either very risky or not always available,” said Mitchell. “There are little to no solutions in the market that addresses financial well-being in the workplace for lower to middle-income earners.”

GetPaid fills this gap by letting employees access wages already earned, but not yet received. The catch is that they will be charged a one-time transaction fee.

“As it is not a loan, there are no late fees or added charges. [This gives] employees a great solution if they just need micro amounts to tide them through to the next payday,” explained Mitchell.

There are obvious benefits to earned wage access, one being that you can be paid instantaneously.

He went on to cite a paper written by Ernst & Young in 2020, which states that at any given point in time, there is approximately US$1 trillion of payroll accrued in employers’ treasuries across OECD countries before it is paid to employees.

This liquidity could be better used to enable employees to take control of their finances and improve their financial wellbeing by aligning more closely with their income and expenses.

With the advancement of technology and the rise of cheaper payment methods, Mitchell feels that they are better equipped to offer employees increased salary flexibilities while maintaining the company’s cash flow needs.

Furthermore, he wishes to debunk the misconception that Singaporeans are a very affluent country and may not need a service like EWA.

According to OCBC’s wellness index, it showed that 62 per cent of polled Singaporeans indicated that they would be unable to defray a sudden expense; seven per cent indicated that they had borrowed money from either family members or friends, and 27 per cent admitted to only paying the minimum sum on their credit cards.

In addition, a separate Financial Wellbeing Index by DBS in 2020 revealed that Singaporeans only scored 46 out of 100 points compared to the regional average of 56 points.

However, approximately 28 per cent of our entire workforce earn less than this amount, including Work Permit and S-Pass holders.

As such, for low to middle-income earners, this immediate access to cash means more financial flexibility, especially in emergent situations, better financial well-being, and less reliance on borrowing money.

It’s a win for employers too

With this EWA model, naturally, there will be a lot of questions and hesitation from employers to implement this system.

The great thing about GetPaid is that it is of no cost to the employer. Furthermore, GetPaid’s data has shown that the EWA model helps in retention rate and serves as a good tool for attracting new talent.

Of course, one of the other main concerns employers have is the over-reliance on EWA services, which further exacerbates employees’ financial situations.

“This objection further informs us that employers agree that there is a need (for this EWA). However, we also understand that there is going to be a subset of employees in this category,” acknowledged Mitchell.

As such, GetPaid has built its app to safeguard against this situation. GetPaid allows employers the flexibility to customize and limit how much of their pay their employees can access. This way, “employees will still have pay leftover at the end of that pay cycle”.

GetPaid has just concluded its first user survey, and the results are encouraging. 66 per cent found that GetPaid’s system gave them an added peace of mind, while 61 per cent of users reported that Get Paid had helped them in times of financial need.

At the same time, 72 per cent of users have also felt more loyal to their employers after introducing GetPaid.

How does it work?

GetPaid has a simple process in onboarding employers. Employers have to firstly sign up with GetPaid, and employees need to first register through email. They can log in to their account to view their available funds, and withdraw if necessary.

There will be a flat fee of three per cent for each transaction, regardless of the income and the amount is withdrawn. The money will take one business day to be credited to the employee’s registered bank account.

There are no registration or membership fees for GetPaid, which makes this a sustainable method for employees and employers alike.

Currently, GetPaid has already accumulated over 20 company clients within six months and is growing quickly.

Although GetPaid is open to all industries, the bulk of GetPaid’s clients so far mostly come from the F&B, retail, manufacturing, and logistic industries.

“We relish the day that GetPaid would be able to impact other industries such as construction, marine, hospitality, and healthcare,” said Mitchell.

He is confident that EWA is the future of pay and hopes GetPaid can “lead the charge for financial well-being in the workplace — not just for Singapore, but for Asia as a whole.”

Money has always been a dicey topic to discuss in Singapore. While a large part of the country is affluent, many still live paycheck to paycheck. GetPaid is a way to even the playing field and ensure financial well-being is afforded to all. 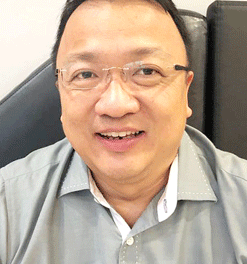 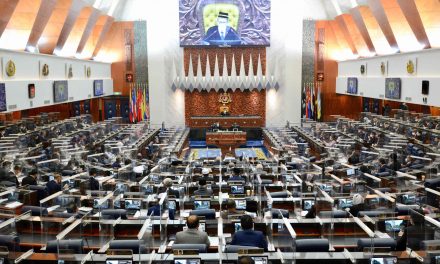